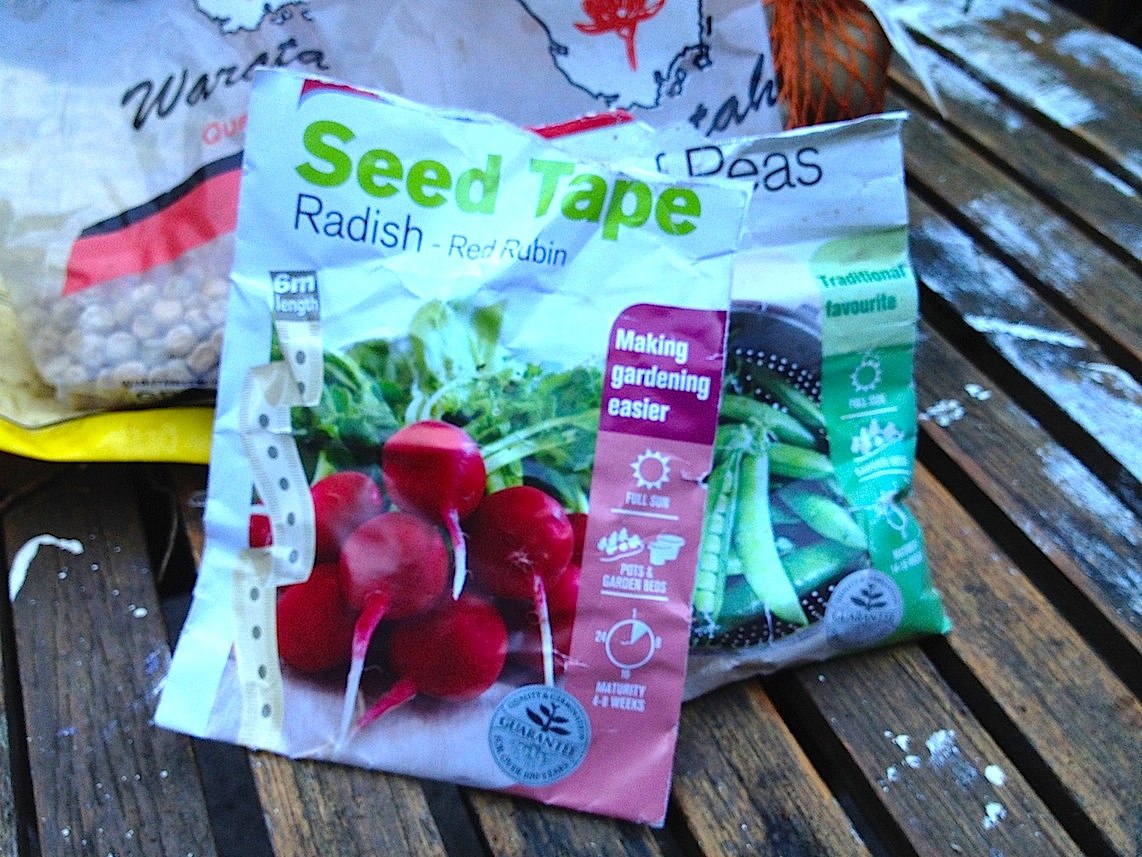 Winter in Tasmania is a busy time for horticulture.

This year in Tasmania, the temperatures have been remarkably mild. Daytime temperatures in the mid teens throughout most of June have seen not only the people of Hobart staying out a bit longer, but also a lot of plants as well. Raspberries are fruiting longer and later, roses continue to bloom and the fruit trees seemed to hold their leaves just that bit longer than usual.

But now we are into July and the temperatures have returned to a wintery daily average in the early teens, sometimes even struggling to reach double figures. There is snow on Mount Wellington and smoke in the chimneys across Hobart’s rooftops.

There are a few things to be doing in the garden at this time of year so rug up and make the most of our clear, crisp winter days!

Lets start with the roses. It’s coming in to pruning time. Exact pruning times vary between gardeners. Some like to prune early, some late and some go incrementally around a garden to get the most out of those last blooms. 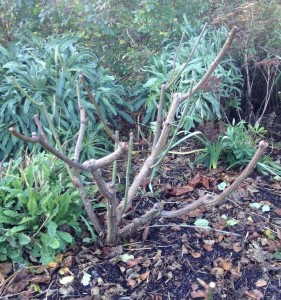 An open “vase” shape allows air and light into the middle of the bush.

A more comprehensive guide to pruning roses can be found on this site, but in general, prune back to an outward facing bud. Make sure your cut is on a 45 degree angle sloping away from the bud so that moisture doesn’t settle on the bud or the cut. Prune out all of the dead wood and any spindly branches less than the thickness of a pencil.   With Hybrid Tea and Floribunda bush roses (which are the most common varieties in nurseries and gardens) you are looking for a “vase” shape structure of canes. Prune out inward growing branches, leaving the centre of the bush nice and open. Finally take the remaining branches back by about a quarter or a third. There is no need to go too hard.

On to the veggie patch. Although the soils are cool at this time of year, there is still time to get a few things in and growing up for harvest in the warmer months. 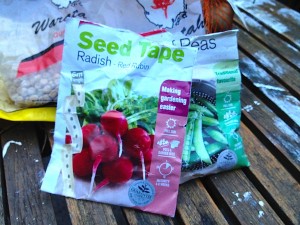 There is still time to get some seeds into the garden this weekend.

Using radish seed tape is a nice and easy way to keep track of your spacing or you can plant seedlings in directly. Remember to cover the germinating seedlings to stop hungry birds picking them off!

Now is also the time to get some snow peas in and maybe even some late broad beans. They will give you a nice crop and help to put nitrogen into the soil for your spring plantings. 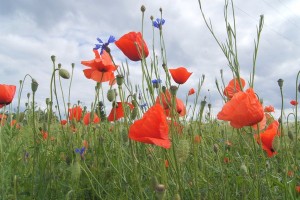 Poppies, marigolds nasturtiums and calendulas all bring colour and pollinating insects to your veggie garden.

A word of warning though, they are very good at self seeding, so don’t put them anywhere that you wouldn’t like them to grow in the future!

Jump onto our facebook page and let us know what you are doing in your garden this month!